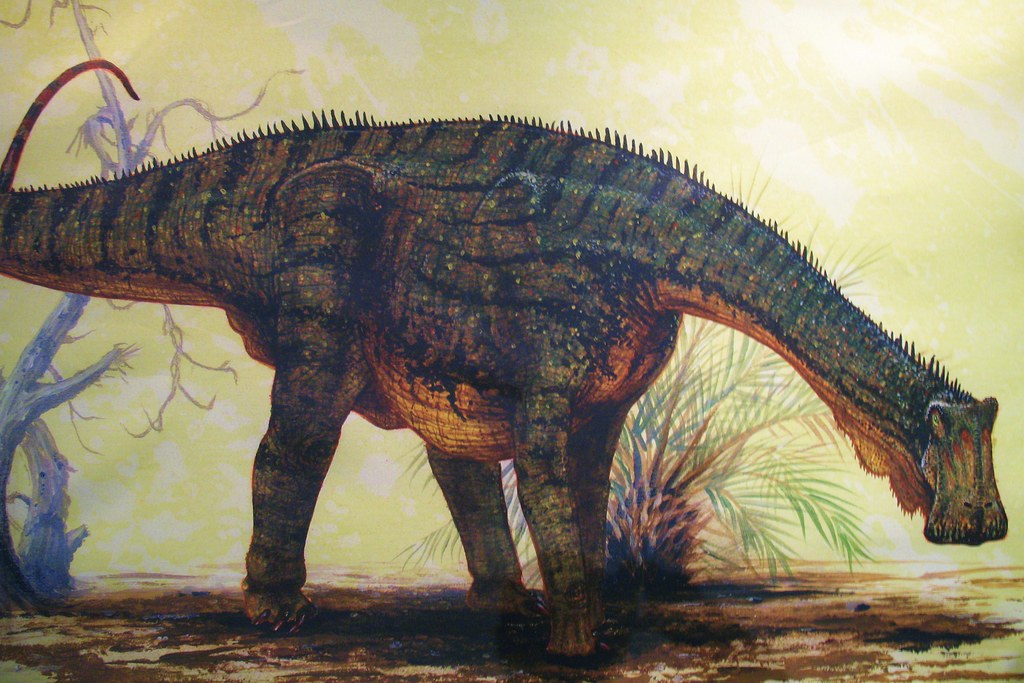 What Dinosaur Has 500 Teeth?

The Nigersaurus (pronounced ‘nee-zhayr-sore-rus), which translates to “Niger lizard” or “Niger reptile” was a dinosaur living during the early cretaceous period, some 121-99 million years ago.

This unique dinosaur was known for having more than 500 teeth, with a purely herbivorous diet. The plant eating Nigersaurus was a genus of the sauropods – very large herbivores that walked mostly on four legs. Other notable sauropods include the brachiosaurus and the diplodocus.

This sauropod had a length of 15 metres (30 feet long) and was said to have weighed between 4-5 tons, to compare an african elephant weighs in at around 4 tons.

The origins of the dinosaur are said to be from what we now know as central northern Africa, with numerous postcranial bones being found in Niger, Algeria and Tunisia. Remains have notably been discovered within the Elrhaz Formation, an area of central Niger called Gadoufaoua.

Fossils from the Nigersaurus were said to be first recognised in 1976, however it was named as late as 1999 after more extensive and complete findings of its remains. The genus is said to contain a single species, Nigersaurus taqueti, named after French paleontologist Philippe Taquet, who was the first to discover the sauropods remains. 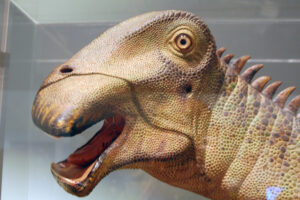 The Nigersaurus was nicknamed the “mesozoic cow” by paleontologist Paul Sereno. Sereno was notably quoted on this unusual sauropod, describing it as “the weirdest dinosaur I’ve ever seen.”

One of the Nigersaurus’ key characteristics was its 500+ teeth. This unorthodox herbivore was said to have grazed for food in what now is mostly the Sahara desert. It gathered food with its large, broad mouth; with its snout being wider than the back of its head. Paleontologist Paul Sereno was also notably quoted on comparing the face of the Nigersaurus to that of a vacuum cleaner.

Sereno’s vacuum cleaner comparison has been said to be a correct observation, with reconstructed skeletons showing its mouth to show close resemblance to that of the end of the household appliance.

The wide muzzle proved as a specialised tool for feeding, with four large side fenestrae, openings in the skull along with thing bones. It’s wide muzzle included more than 500 teeth, of which were said to be replaced every 14 days.

This unorthodox beast boasted a very unique tooth structure, especially within a sauropod dinosaur. The Dental batteries, something which has never before been seen in a sauropod family, was found to be another unique characteristic for the Nigersaurus. Dental batteries have proved common within beaked herbivores such as the triceratops, however remained extremely rare within sauropods.

Dental batteries were known as highly efficient processing tools for those with a herbivorous diet. They were said to consist of vertically stacked columns of replaceable teeth, whenever a tooth wore out in any said column it would be replaced by the one behind it, taking the old tooth’s spot. The tooth columns would also be neatly packed next to one another, like peas in a pod. Therefore dinosaurs housing dental batteries could easily possess hundreds of teeth, old or new, inside their mouth at once.

The uniqueness of the Nigersaurus’ teeth also comes down to its orientation. Possessing teeth that extended laterally at the front of its mouth wouldn’t have proved too effective when chomping at the leaves dangling amongst the trees. Therefore evidence has pointed to the Nigersaurus feeding and grazing at ground level. Therefore the nickname “mesozoic cow.”

The wide muzzle would prove to be a perfect accomplice for feeding amongst the low-lying plants. With teeth-a-plenty, the dinosaur would have had no issues plowing through the vegetation. The dental batteries would have proved vital for the Nigersaurus when grazing along the floor bed, each new tooth was said to have been replaced every 14 days.

These small giants are said to weigh the same as a modern african elephant (in the region of 4-5 tons,) whereas a diplodocus averaged at around 25 tons. Therefore in the grand scheme of things we can consider the Nigersaurus as a small giant. Alongside its slighter frame, the Nigersaurus also possessed a shorter neck when comparing to their family counterparts. 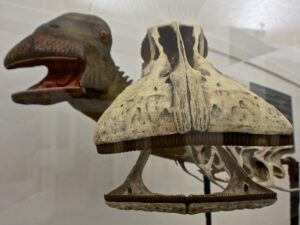 1. Nigersaurus is described as a short-necked ‘long neck’ dinosaur

The main characteristic associated with the sauropod family is definitely their extensive necks. Some sauropod necks reached lengths of 15 metres, which is six times longer than that of the world’s longest giraffe neck. However, the same cannot be said for the Nigersaurus and their closest relatives (who formed a sub-group called ‘Rebbachisauridae.’) Nearly all of the Rebbachisaurids’ necks were around 10 metres or less.

The Nigersaurus translates to that of the ‘Niger lizard’ or ‘Niger reptile.’ Predominantly due to its remains being discovered in what now is the Republic of Niger.

3. The discovery of Nigersaurus babies

Whilst upon an expedition, paleontologist Paul Sereno uncovered fossils from a baby Nigersaurus in Niger. Despite fully fledged adults boasting lengths of 30 feet, the upper jaw of the baby Nigersaurus uncovered, was recorded to “fit on top of a silver dollar.”

The Nigersaurus falls within the sauropod family. Sauropods were any member of the dinosaur sub-group Sauropoda. Their major distinctions was of their large size, long neck and tail, four legged stance and herbivorous diet (plant eaters.)

Scientists have speculated as to whether the Nigersaurus would habitually slump or hold its head high. Initially some scientists speculated that these complex creatures would keep their skull perpetually lowered at a 67 degree angle, ensuring food foraging was made easier. However, more recently scientists have disputed this claim, stating that the dinosaurs vertebrae allowed for a much wider range of motion. This would mean the Nigersaurus would have acted more in line with fellow sauropods, keeping their neck upwards.

What dinosaur has the most teeth?

Despite the Nigersaurus’ impressive tooth count, it falls short as the all time leader for the most teeth. Hadrosaurs were said to boast as many as 1,400 teeth. Their teeth were said to be by far the most complex of any living animal.

So there we have it, what dinosaur has 500 teeth? The Nigersaurus. It may not boast the most of all the dinosaurs, however this weird and wonderful sauropod certainly has people talking. What do you expect, with all those teeth available to them. 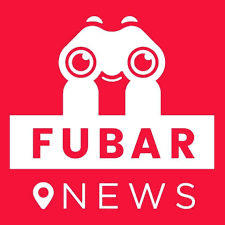 Fubar News Keeps You Updated With All the New Fubar Stuff! 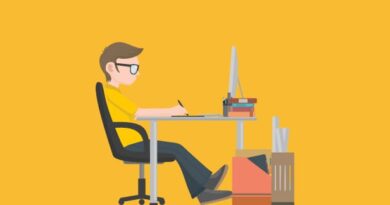 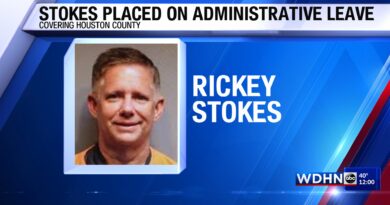